In one of his characteristically humorous and self-effacing autobiographical stories, Roy Rosenzweig recounted the uneasy feeling he had when he was working on an interactive CD-ROM about American history in the 1990s. The medium was brand new, and to many in academia, superficial and cartoonish compared to a serious scholarly monograph.

Roy worried about how his colleagues and others in the profession would view the shiny disc on the social history of the U.S., and his role in creating it. After a hard day at work on this earliest of digital histories, he went to the gym, and above his treadmill was a television tuned to Entertainment Tonight. Mary Hart was interviewing Fabio, fresh off the great success of his “I Can’t Believe It’s Not Butter” ad campaign. “What’s next for Fabio?” Hart asked him. He replied: “Well, Mary, I’m working on an interactive CD-ROM.” 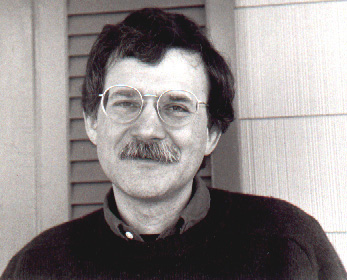 Ten years ago today Roy Rosenzweig passed away. Somehow it has now been longer since he died than the period of time I was fortunate enough to know him. It feels like the opposite, given the way the mind sustains so powerfully the memory of those who have had a big impact on you.

The field that Roy founded, digital history, has also aged. So many more historians now use digital media and technology to advance their discipline that it no longer seems new or odd like an interactive CD-ROM.

But what hasn’t changed is Roy’s more profound vision for digital history. If anything, more than ever we live in Roy’s imagined world. Roy’s passion for open access to historical documents has come to fruition in countless online archives and the Digital Public Library of America. His drive to democratize not only access to history but also the historical record itself—especially its inclusion of marginalized voices—can been seen in the recent emphasis on community archive-building. His belief that history should be a broad-based shared enterprise, rather than the province of the ivory tower, can be found in crowdsourcing efforts and tools that allow for widespread community curation, digital preservation, and self-documentation.

It still hurts that Roy is no longer with us. Thankfully his mission and ideas and sensibilities are as vibrant as ever.

Thinking of you, too, Dan–and how you perpetuate Roy’s legacy in your own work.