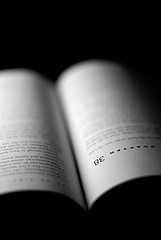 This month’s First Monday has one of the most pragmatic, sensible articles I’ve read about the promise and perils of open access books. In “Open access book publishing in writing studies: A case study,” by Charles Bazerman, David Blakesley, Mike Palmquist, and David Russell, the authors describe their experience deciding to eschew a traditional publication arrangement with an academic press (what supposedly gives our monographs the sheen of value and gets us tenure). Instead they publish an edited volume straight to the web.

Along the way the authors discover that many of the concerns that humanities scholars have about publishing in a free and open way are either overblown or simply myths. Only one junior scholar (out of the 20 scholars asked to contribute) worries about promotion and tenure. And indeed all of the scholars who contribute to the edited volume receive credit for their chapters. More important, the editors and contributors are surprised to discover that the book makes its way rapidly and powerfully into the consciousness of their field:

[The] initial reaction [to the book] did not prepare us for the acceptance the book ultimately received from the academic communities to which it was addressed.

Since its publication, the Writing Selves/Writing Societies Web page has been visited more than 85,000 times by more than 36,000 unique visitors. The trend, interestingly, has been a steady increase in visits over the past four years, with more than 30,000 occurring in the past 12 months. Since its publication, the book has been downloaded in its entirety more than 36,000 times. Individual essays have been downloaded more than 108,000 times. In terms of perceived quality of the scholarly work in the collection, the book has been well received by the field. Within six months of publication, the book was positively reviewed by four journals: two print and two electronic. One year after its publication, in the keynote address to the Conference on College Composition and Communication, the major annual conference in writing studies, Kathleen Blake Yancey quoted extensively from chapters in the book. And the book has continued to figure prominently in scholarly work subsequently published in the field of composition and rhetoric.

According to a search of Google Scholar, which indexes scholarly publications available on the Web (29 September 2006), the book or individual chapters in it has been cited 68 times, according to a search of Google Scholar. Although we do not have comprehensive comparison data for print publications, we suspect that this is a higher rate. A print–only collection with about the same number of chapters (15) published in the same year as Writing Selves/Writing Societies (and winner of a best book award given by a leading journal in the field), had far fewer citations: 10. Our experience suggests that open access scholarly books follow a pattern of citation similar to journals, which indicate that open access journal articles in a wide range of fields are both more likely to be cited and likely to be cited more quickly. Our experience with Writing Selves/Writing Societies supports this…

Overall, Writing Selves/Writing Societies appears to have entered into the system of book publishing neatly, in spite of the fact that it was not published by a traditional academic publisher and was being offered at no charge.

Beyond the questions of business models, scholarly influence, and promotion and tenure, there is also the nagging question Roy Rosenzweig posed in “Should Historical Scholarship Be Free?” At the time Roy was the Vice President for Research at the American Historical Association, and was pushing for open access to the American Historical Review. (Ultimately he got the powers that be to agree to put AHR articles online for free, although the book reviews remain behind gates.)

Besides the ethical good of publishing in an open access model—sharing educational and scholarly materials—Roy noted that the work of most scholars is funded, directly or indirectly, by the public. Noting the National Institutes of Health‘s recent mandate that grantees share their work openly with the public, Roy wrote:

The new policy affects few historians, but its implications ought to give us serious pause. After all, historical research also benefits directly (albeit considerably less generously) through grants from federal agencies like the National Endowment for the Humanities; even more of us are on the payroll of state universities, where research support makes it possible for us to write our books and articles. If we extend the notion of “public funding” to private universities and foundations (who are, of course, major beneficiaries of the federal tax codes), it can be argued that public support underwrites almost all historical scholarship.

Do the fruits of this publicly supported scholarship belong to the public? Should the public have free access to it?

Roy, of course, thought this meant that like NIH grantees we should provide open access to our articles, such as those in the AHR. But doesn’t the same argument hold true for books?

[Postscript: Some scientists have been wondering the same thing.]

As more open content is developed on blogs and wikis, (depending on the copyright conditions), some of it can be modified and repurposed, especially for local conditions. Concomitant is the development of open source technology that allows for the repackaging of such content, which in turn can open up new audiences and distribution channels.

Recently, the Wikimedia Foundation announced that new open source technology would bring content from Wikipedia, WikiEducator and other wikis to the world of paper.

For educators in the developing world and yes, the developed world too (who’s to say what ‘developed’ means, eh?) this has significant implications. The WikiEducator project – http://www.wikieducator.org – aims to develop a free version of the education curriculum by 2015, which will give all peoples, access to books in pdf and in turn printed form – in a way that was not possible before. The focus on ac-cess is leading the way to suc-cess!

[…] Dan Cohen’s blog has brought to my attention an interesting article by Charles Bazerman, David Blakesley, Mike Palmquist, and David Russell about the positive response to their book, Writing Selves/Writing Societies. […]